I’ve always enjoyed spending time outside, even as a kid. As an adult, when I could afford better toys, I went through the whole bushcraft thing. Wild camping, friction fire lighting, foraging for wild food and so on. It was that interest in wild foods that originally motivated my research into alternatives to industrially produced food. We experimented with all kinds of foraged ingredients but nothing is quite as exciting as finding a prime mushroom spot. A few years ago we were exploring some ancient woods and came across chicken of the woods. It’s a gorgeous fungus, top of our wish list, but unfortunately this example was old and woody. In its prime it’s said to be similar in taste and texture to chicken meat. Still, now we knew of an infected tree we just needed to come back earlier next year and we’d be sorted! We’ve never found it on that tree or any other in all that time.

Fast forward to deep winter at the croft, and I came across chicken of the woods inoculated dowels on a gourmet mushroom specialist site. I scanned the list of woods it would work with and saw ash among the species recommended. We had an ash tree that needed to come down. Beautiful. I stuck to the shiitake spawn I needed at that time for inoculating sycamore logs and stumps, but never looked at that ash tree the same way again. Yesterday it was the ash tree’s turn. I removed the branches but left seven feet of the trunk and branch stumps on the roots. I ring barked it, and drilled plenty of holes for the inoculated plugs that I’d ordered a month previously. The seller recommends at least fifty plugs for a tree this thick. I used a hundred and twenty. I *really* want to eat chicken of the woods. You can buy special white wax for sealing the plug faces but it’s just white cheese wax really. Why be white? White is boring. I went with red. The tree looks….. unusual. I rather like it. 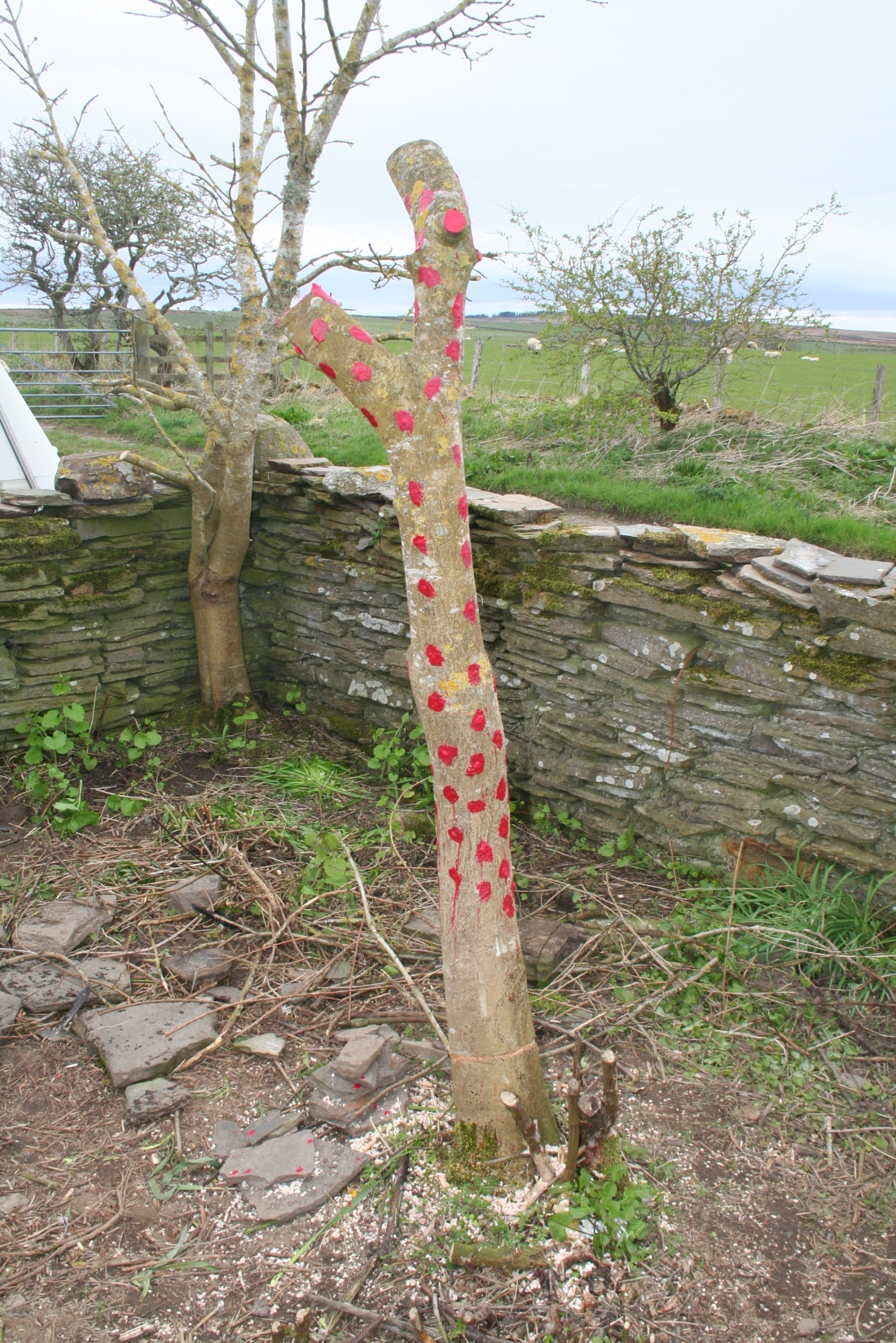 While I was at it, I’d ordered a load more shiitake spawn. The stumps of the sycamores lie very close to a stone wall, so I can’t ring bark them with any kind of saw. I’d been a little light with the plugs I’d tapped into the stumps during the winter, my main interest had been the logs cut from them and I’d only put the extras into the stumps to use them up. This spring however the stumps have started sprouting new shoots. Small ones but still, not ideal. They’re very close to the house and those trees were big enough for the roots to be potentially causing problems for the foundations. I decided to reinforce the shiitake inoculation. A lot. I’ve yet to inoculate the severed branches of the ash, but after they’re done I’ll put the surplus plugs into the stumps too. This is how they looked before the sealing wax. 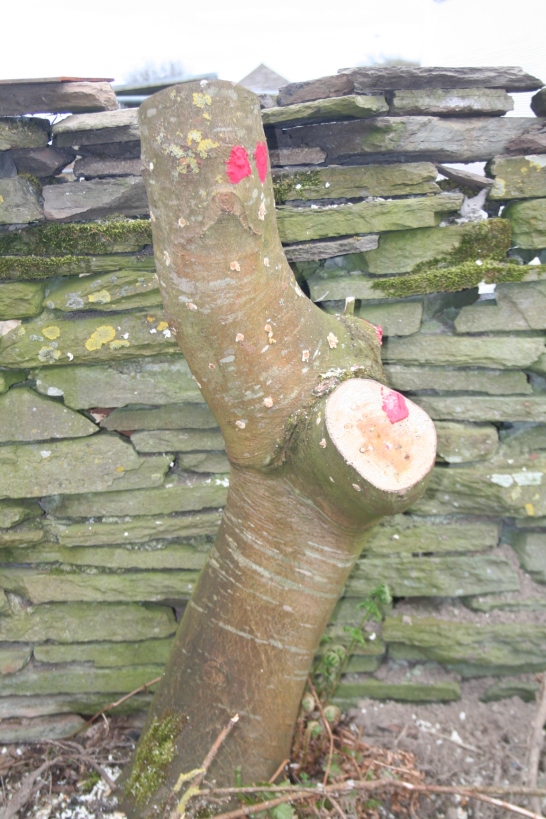 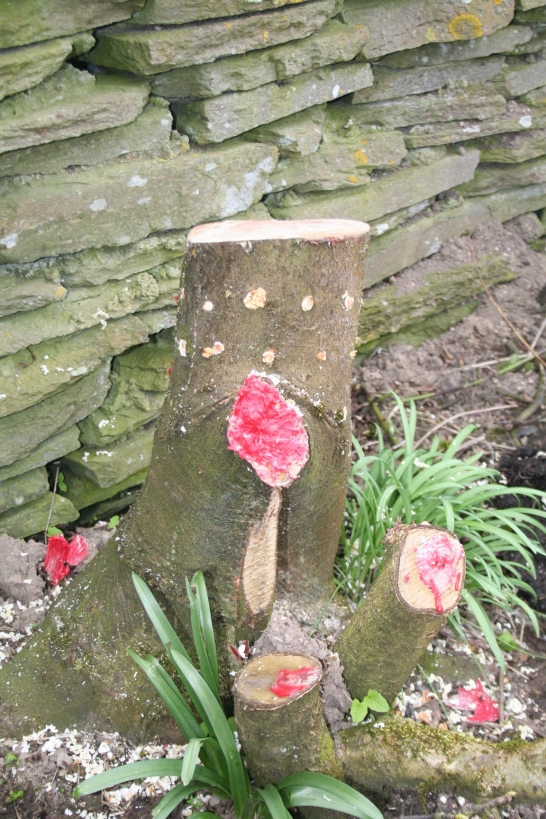 Now they look just as odd as the ash trunk does. Sooner or later people are going to work out this isn’t your average croft. I’d like to point out that I’ve made no groan-worthy puns like not having mush-room for farming, or being a fun-gi. That’s the other Williams. You’re welcome.

View all posts by cairnofdunnfarm